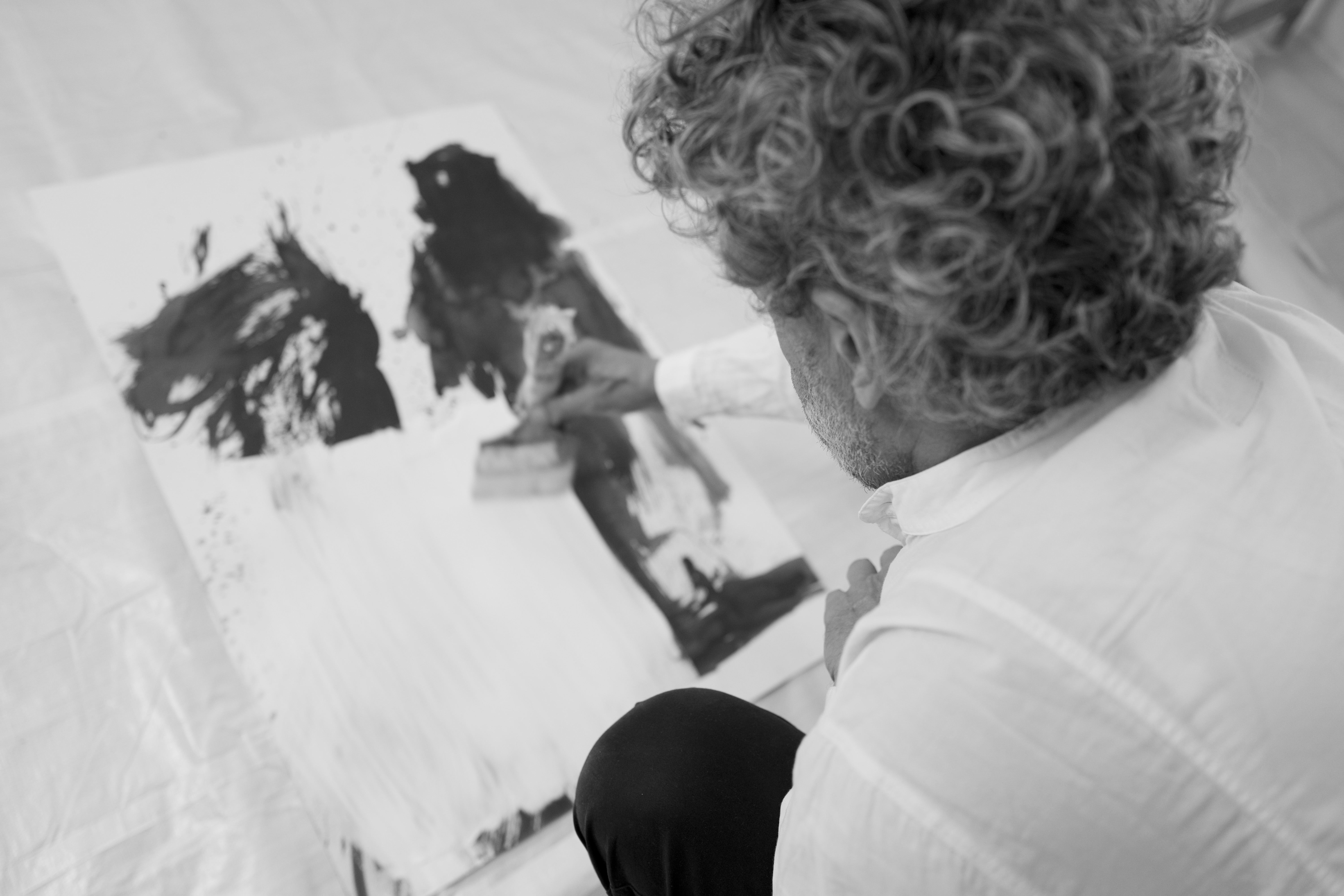 Back to White, the project of painting my previous work white. I have written about this as a metaphor and practice of lived experiences in my studio. And I used the concept of liminality as a grounding idea for my understanding of change in terms of rites of passage. Having discussed the separation rites and liminal rites in the previous articles, I will talk about incorporation rites here, in two parts. The first part will be about the words and gestures that help us retain what is important when we enter back into the world. In the the second part, to be published later, I will talk about intentionality and emergence. I will describe how such new words and gestures might emerge by accident rather than by intent.

1000 nudes as a metaphor of resistance

Painting white a thousand of my nudes, a project I started more than a year ago, provided a metaphor and a practice to help me understand what goes on in my life especially these days. Initially, I discovered that the nudes that would reappear no matter how many coats of white I applied, stand for the my initial resistance to the measures that endangered my freedom to move. I described how I gave in and and accepted that the nudes would shine through the white paint.

A practice of non-doing: ‘It paints’

Then Covid happened and my Back to White project became much more than a metaphor, it became a practice. Separated from my habitual life I crossed, like many, the threshold into liminal space. Unable to finish the project I was working on and with an important part of my client work cancelled, I settled in front of the window at home, secluded. I wrestled at first with my shame around non-doing. Gradually, I developed a routine of writing and reading. I noticed how my senses sharpened and began to enjoy a practice of being without doing. I could,feel my Back to White project develop in the dark storage, even without me lifting a brush! Art happens, as James McNeil Whistler said, or Daniel Buren: It paints.

A language beyond words to remember

Having jouneyed inwards for weeks, I was getting anxious to see my paintings in the storage. They must have developed seeds of renewal, I imagined, sitting there in the dark, partly nude, partly white, waiting to see the light. Another part of me was worried of dampness and damage. I could wait no longer and justified a trip to the storage. My job is vital too, I argued. I help address an important question:

How are we to exit from lock-down? What new words can we find to describe crossing this threshold? What gestures can help us go forward reminding us of what we learned?

People are beginning to use the phrase the ‘new normal’ to describe the post-lockdown world. A dreadfully unappealing term, I think, and an unfortunate example of a word that will not help cross this threshold in any way that matters. It is a ‘lets-get-this-over-with’ term. Addressing the practical need of getting things up and running again. Which is understandable. However, we also need new words and gestures to help us remember how we experienced this unprecedented change in us, between us, around us.

This is what I have learned from our King about choosing words that will be remembered.

Our Dutch King spoke from the heart

The same yearly ritual to commemorate the fallen, the betrayed, the deported.

But never before did royalty address the people on this occasion

Choosing his words so carefully

To describe the shameful acts

That come to us so easily

Before, during and after

The trial period and relearning to walk again

Words of warning, spoken at a time when all of us are talking about exiting the liminal, the lock-down. I feel a strong need to exit freshly from this period with new words and gestures. Barred from working my studio, my writing has become my practice and my reading supplies me with metaphors. In Rites of Passage by the anthropologist, van Gennep (1903), I found the following striking description of a series of ceremonies involving a group of young men (novices/initiates) passing from the liminal phase into the post-liminal, incorporation phase.

The ceremonies last two months to six years. The novice is separated from his previous environment, in relation to which he is dead, in order to be incorporated into his new one. He is taken into the forest, where he is subjected to seclusion, lustration, flagellation, and intoxication with palm wine, resulting in anesthesia. Since the novices are considered dead during their trial period, they go about naked and may neither leave their retreat nor show themselves. A priest-magician instructs them; they speak a special language and eat special food.

The trial period is followed by rites of reintegration into the previous environment.

The initiates pretend not to know how to walk or eat and, in general, act as if they were newly born (resurrected) and must relearn all the gestures of ordinary life.

Before they enter the relearning process, which takes several months, the initiates bathe in a stream, and the sacred hut is burned. As a result of this passage through the sacred world, the initiate retains a special magico-religious quality.

How to step out of the door after the Covid trial

I felt my heart beat when I read this. I could half-see a modern version of us, taking time to adjust and learn to walk again with uncertain steps. Carrying social distancing beyond adhering to the 6 feet rule, to relearn how to travel and retain the special, sacred gifts from this period. Cleanse ourselves from greed and mourn the loss of life. Take time to exchange the sacred gifts from this period, our sense of communion and care, with the earth’s gifts of benevolence and forgiveness for our human trespasses. And take time to learn how to walk, talk and eat again, and find the words to describe the gestures we want to see changed.

This quote from Brené Brown ends with the metaphor of stitching a new garment, I talk of Back to White, our King warns us not to make normal what is not normal.

What names will you use for the gifts of this period, what behaviours will you carry across the threshold?